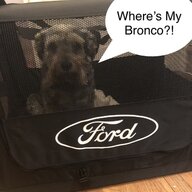 Picking mine up tomorrow... got my baby pic today - it's a boy!

Also, mine was removed from the recall site and my dealer confirmed it is cleared of recalls... wondering if they actually fixed my windshield while I waited a month for shipping... 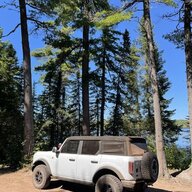 Got my extra special deck of cards today, I’m so happy now! Got a notification change to shipped yesterday. Was able to get rail car info from the quick chat on the website and tracked that it arrived at Walbridge, OH 8/3/2022 and will arrive to Blue Island, Illinois 8/6/22. Im in Texas.

Snuck around back. Not sure I was supposed to be there 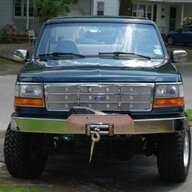 ArkBronco3667 said:
How long did everyone wait at the final railyard? Tomorrow makes 1 week since it arrived there for me. Is there any way to know once it’s been picked up?
Click to expand... 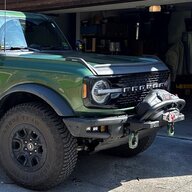 Now I just have to get to WV to pick her up!! So for the longest time I barely saw any Broncos. Most in the same day was two, and I could go a week or so before seeing another one.

tcoughlan said:
So for the longest time I barely saw any Broncos. Most in the same day was two, and I could go a week or so before seeing another one.

Picked up the new Bronco around 4. One passes me while I’m waiting to pull out of the dealership lot. About 6 I head to the beach for my son’s lifeguard tournament. In the 1.5 mile drive to the beach and back, I saw seven Broncos! They were everywhere!
Click to expand...

Ha... That's the way life seems to work.
I'm picking mine up at 10 AM tomorrow.
But today I ran into a Bronco owner that I was actually able to talk with. It's one of the only bronco's I've seen around here. Turnes out he bought it off a lot over MSRP and really doesn't know much about them. Go figure.
He had a Badlands and hated his winch, brush guard, and the lockable safe for the center storage. Practically wanted to give them to me.
I don't really want them either, but I have his number just in case.
Besides this encounter I haven't had the opportunity to face to face talk to any Bronco owner.
They are still really rare in this part of California.
Last edited: Aug 4, 2022
Ordered 9/21
1/25 blend date/Modules alive 1/28/4door/2.3 auto/ No Sasquatch/ No switches/ No tow/ Soft top EDD 2/24 EDD 5/25 Chip hold Delivered 8/5/22! 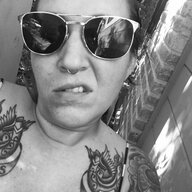 Rd1103 said:
i ABSOLUTELY love this rig. It’s so much fun to drive. The manual is incredibly forgiving (I am essentially new to manual and am already doing better after a few days), and it’s all just so awesome to finally get to experience the on road Bronco. I cannot wait to take this off road, but until then, perfectly fine with being a road warrior haha. How about you Jersey?
Click to expand...

yes!! 100% agree the manual is super smooth and easy and very forgiving. i hadn't owned a manual car (motorcyle is manual though) in about 7 years and had no issues getting back into it. the hill assist is pretty sweet, too. so glad i went with the manual. i've let a few friends drive it and they all said the same thing. sweet spot in the clutch was easy to find and not an awkward spot like super high up. i'm thinking about getting that aftermarket weighted shifter knob - it's getting great reviews. soooooo glad you finally have yours and that you are loving it!
Badlands | 4dr | Manual | Soft Top | Mod Bumper | Toe | High Pkg | MGV | Alt Badlands Wheels | Eruption Green
Blend: 1/24/22 >>> Ice Mountain >>> Delivered: 7/14/22
Advertisement

tcoughlan said:
This is my Bronco. There are many like it but this one is mine . . . . Delivered early this morning. Picking it up this afternoon.
Click to expand... 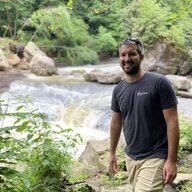 Never mind not going to happen today. EDD is pushed out again another week. I don’t understand why nothing in this damn process can go smoothly. You would think at least one step would actually move like it’s supposed to.

, we’ll see how many weeks this step takes. Shipping via convoy and I’m only 9 hrs away.
Advertisement
Pointless day two reservation of a 22 OW Badlands Mordoor 2.3 M high tow