The jeep was on factory 33s vs factory 35s on the wildtrack as well, so that's a huge advantage to the bronco (would rather have larger tires than sway bar disco in almost all off-road scenarios, if both isn't an option).

There is no question the bronco is better on-road and at speed off-road than a Jeep (whole purpose of IFS), so the only unanswered question is just how much are you giving up in the slow stuff and rocks and how reliable will all the bronco tech prove?

All the bronco videos with wheels way off the deck makes me wish we could see some legit rock crawling soon.
Advertisement 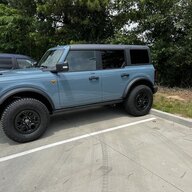 I hope they picked up that glass. 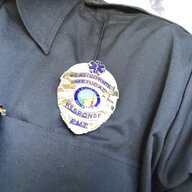 I like these guys, very relatable and easy to watch. However, the bronco guy didn’t know about the badlands sway bar disconnect as he mentioned the interior as what makes it a more rugged off-roader...

Peter Gosenya said:
I hope they picked up that glass.
Click to expand... 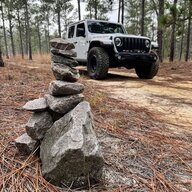 While it was a good video and I liked that they really got them dirty, I am exhausted from reviewers bringing up the Rubicon 392 as a counter point to all things. It’s just typical of reviewers because they don’t pay for the cars they drive to bring up crazy high end vehicles. My F150 Lariat is not a better truck because the Raptor exists, the RAM is not a better truck because the TRX exists and a regular Rubicon, most commonly sold with a 2.0 I4, is not a better vehicle because the 392 exists. Those are all $70k performance vehicles with hilarious gas bills that less than 1% of buyers can afford the payment on let alone drive and maintain. It’s one thing for the brand holders to tout their standard bearer trim levels in marketing and it’s another for reviewers with loaners to mention them at every turn.
Sorry for the rant but it’s like literally no reviewer can help themselves from bringing it up at least 5 times in a Bronco video. 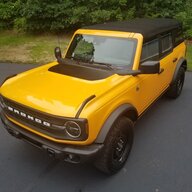 Finally got around to watching this and hadn't watched any of their other videos before. Found this to be the best actual Bronco review without bashing either the Wrangler or the Bronco with appreciation for both. 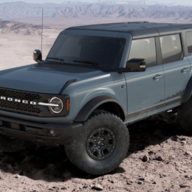 Dammit! That is MY BRONCO. Same trim level, same color, same everything. Thankful for wheels but man I am so tired of driving my commercial cargo van everywhere. Come to papa! Please?
Advertisement
You must log in or register to reply here.
Share:
Facebook Twitter Reddit Email Link