I happened to drive my local Ford dealership and they received a demo unit. I was in my 1978 and they were happy to let me park next to the 4 door Badlands and take some pictures. Five Star Ford in Stone Mountain, GA was very friendly and did not care I had mine reserved elsewhere. Dealerships in Atlanta were not offering anything better than MSRP, so I went with the deal in WV at Stephens Auto Center. This was my first time at Five Star Ford and I liked them more than I typically do, so I will be bring mine there for service and to get parts.

They took some pictures as well and offered to let me drive the Badlands. I took a quick drive and really enjoyed it. I had been in a couple lower end models as they were touring Broncos around the nation, so seeing one wasn't new to me. This was a 2.3 auto with minimal options. It did drive much better than my 78 as expected. Very noticeable was driving off the curb it was on. It was so smooth and controlled where as the 78 feels like it has so much mass moving around over something like that. It was a short drive and I didn't get on the highway. I will enjoy driving one everyday and they seats were great. The only issue I noticed was that even at 40 MPH it did have the grille whistle. Other threads cover everything I noticed so I am sharing pictures rather than giving an in-depth review. I did like the Cyber Orange in person, but am getting Cactus Gray. Also, the Badlands had the 33" tires and the 78 has 32" tires. 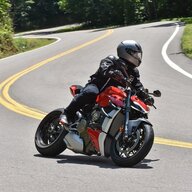 I do get stopped a lot asking if it is for sale. I just tell people that it is for sale for the right price, but that for buyers that price is the wrong price.
Advertisement
You must log in or register to reply here.
Share:
Facebook Twitter Reddit Email Link