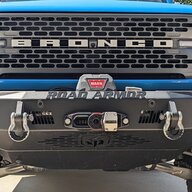 Dude, this thing is awesome, and Ford truly nailed it. It is a great driving experience, offers a commanding driver’s position, handles well and so far has exceeded my expectations. I won’t get into a long review as a bunch of ink has been spilled already on likes and dislikes. Instead, I will offer up my list of things that: 1. Exceeded my expectations, 2. Areas Ford needs to improve, and 3. Other people’s complaints that I found not to be an issue. Oh, and my points of references are a 2016 F150 King Ranch and a 2013 JKU w/ hardtop, 2.5” lift and 35” Nitto Terra Grapplers.

Wait, before we get any further, I know what you are thinking. How does one “accidentally” order a Bronco. Well, I am here to tell you. I originally made a Day1 reservation and converted that order to my dream build (BL - More door – VB - 2.7 – MIC – Lux – Tow - Opt Wheels). I also had the foresight to make a second reservation on Day3 in case Ford came out with better colors or some kick ass MY22 options, or more importantly, in case Mrs.BlueBronco decided she wanted her own. So, I made the 2nd reservation which turned out to be #230 out of 115 allocations out of 400+ reservations at our TX Group Buy dealership. Then came time to order, and instead of converting and going straight to a priority code 99, I jokingly submitted what I called a "get it now" constraint-free build. Remember, this was before we ever had a whiff of the s**t show that is Webasto and how bad things really were/are. So, no way #230 on the list gets pulled, right? Wrong. I picked up the “get-it-now” build from the dealership on Thursday.

This summary by @broadicustomworks was to good not to include, so here is a tldr for some:


broadicustomworks said:
Bronco good
Top down Whee!
Radio ok, speed-dependent auto adjustable good.
Phone slot smallish. Flip phone users will love it.
Visor over display moar biggie
People looking all the time.
He will wave at you whether you want him to or not.
2.3 peppy, manual easy to drive.
Speedo to the left no bueno, digital display more better.
Sync4 > Sync3
Wind noise=about as expected. Louder than Lexus, quieter than the back of a B52.
Click to expand...

Exceeded expectations
Okay, here are a few areas that I think Ford could improve upon. While there are not any zmog I am canceling my reservation issues, there are a couple of areas that need tweaking.
Not an Issue.
Okay, I take my original sentiment back, it is a long review. But I stand by it, and I stand by the Bronco. I know some of y’all are in for a long wait, but I am here to tell you, it is worth it. We have been cruising around town the past couple of days now with the top down and plenty of stops for ice cream. Milkshakes only, no cones or sundaes allowed. Be prepared to have people speed up next to you on the highway to take pics and offer a thumbs up. Plenty of neck breaking on the city streets too as people turn around and watch you go by. So, if you are an introvert or don’t like attention, you best wait a couple of years for the novelty to ware off as the Bronco commands attention. Oh, and I don’t care what anybody thinks, when I see you pass by me in a Bronco, I will be waving, deal with it.

One last thing, I have the 4WP coil overs, upper control arms, and rear track bar sitting in my garage waiting on install. I have reached out to Nitto and waiting to hear back on if they will (soon) be offering the Recon Grapplers in 17’s and if not I will probably be ordering some Ridge Grapplers. After that, I will be hitting the trails and offering up my thoughts on general off-road prowess as well as GOAT mode functionality. Hard to believe but it has been one year since we took delivery of our get-it-now / Oops Bronco. Had the opportunity to be a SEMA build and be part of the Cooper tire display thanks to Todd at @Doetsch Off-Road . Added a few mods outside of that such as the JCR tube doors, a home made softtop rack and a BroncBushing waiting to be installed. Relegated my Bronco to weekend warrior use as my daily commute is an 80mile round trip and I want to keep the miles off of it. Been off-roading it several times since and the manual with 37's eats the rocks for breakfast. Yes, I carry a couple of spare inner tie-rods with me just in case and even had to lend one out to fellow 6g'er in need. I am still enjoying every minute of driving it and the hot summer evening runs with the family for ice cream. My wife has since picked up her Velocity Blue BL (my namesake) and we are proud hers and his Bronco owners. I understand that their are several day1 res holders out there still waiting for their Bronco, and while I share your frustration and am also fed up with Ford's handling of the rollout, I am still going to spew the tired cliché of it is worth the wait. Cheers to all those who have taken delivery and hold fast to those who continue to wait. 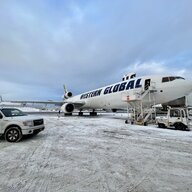 Congrats on the bronco, looking forward to hearing about the lift experience and the trails! Are you going with 33’s still or larger?
OP
OP

midwestpilot said:
Congrats on the bronco, looking forward to hearing about the lift experience and the trails! Are you going with 33’s still or larger?
Click to expand...

99% sure I will be going with 37's. No need to plunk down all that extra cash on upgraded suspension goodies and then stick with 33's.

BlueBronco said:
99% sure I will be going with 37's. No need to plunk down all that extra cash on upgraded suspension goodies and then stick with 33's.
Click to expand...

I’m very excited then to see what you think. Been kicking around the same upgrade but not sure if I wanna SAS it or not since the non-sas has the better articulation but the SAS auto has the 4.7 axle. 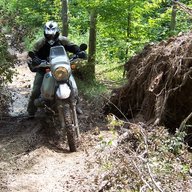 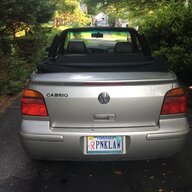 I could have sworn the volume control on the steering wheel was on the very bottom of the left side? That would drive me nutty I think

Do you have different buttons in the same location? I pulled this photo from somewhere else so I have no idea what equipment package it is 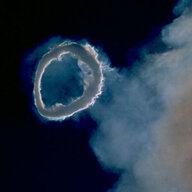 You just coined a new Bronco phrase lol. I’m surprised I haven’t seen more complaints on the screen visor. I found it pretty annoying, almost like the 12” screen was crammed in there after the dash was already finalized. Even my wife, who’s pretty short, noticed it. She was nut hugging the steering wheel though.

This is how my eyes view the screen visor: MISSJD said:
Do you have different buttons in the same location? I pulled this photo from somewhere else so I have no idea what equipment package it is
Click to expand...

aaaaaaand, I am an idiot. With as much as I am a cruise control driver on the highway and in the city, I have no idea how I did not notice those buttons on that side before (I just ran outside to verify). Guess I am just used to them being on the other side in my F150. 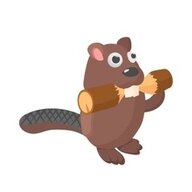 MISSJD said:
Do you have different buttons in the same location? I pulled this photo from somewhere else so I have no idea what equipment package it is

Holy crap… those volume buttons are huge - Is it like one of those GIANT calculators or TV remotes for senior citizens?
Badlands | Oxford White | 4 Door | 2.7L | Sasquatch | Lux | MGV | Soft Top | Tow

BlueBronco said:
aaaaaaand, I am an idiot. With as much as I am a cruise control driver on the highway and in the city, I have no idea how I did not notice those buttons on that side before (I just ran outside to verify). Guess I am just used to them being on the other side in my F150.
Click to expand...

Whew ok I nearly had a heart attack

That would have driven me crazy!

604Bronco said:
Holy crap… those volume buttons are huge - Is it like one of those GIANT calculators or TV remotes for senior citizens?
Click to expand... 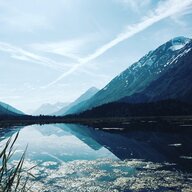 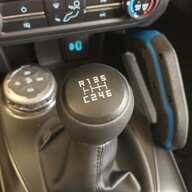 I agree that the auto stop / start is a non issue. There's a button to turn it off (does it turn back on every time?). With the manual it only stops if you are in neutral. I've found that the engine is started before I can push in the clutch and shift into first and start the engine rev / clutch dance. So it doesn't impact me at all and I guess saves a few drops of gas. I don't see any reason to complain.

Perhaps it's more noticeable with an automatic since you can go foot from brake to gas quicker? 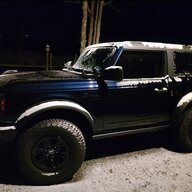 Who wore it better? Cactus Gray vs. Lunar Rock
2