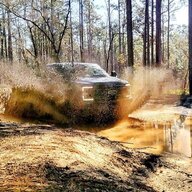 It is by no means easy and there is very little monetary gain. Maybe if you have 100k subscribers and average 1 million views per video but for everyone else YouTube is not a career, it is a passion. 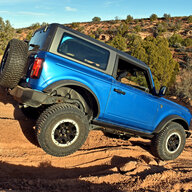 Lots of content creators on this site, including myself. Yeah, it's hard work, but it's a choice we make. We don't have to do it - we can take some crappy office job and avoid the public scrutiny that comes with putting one's self "out there." Everyone who makes that choice gets plenty of negative comments and reviews. My standard response is "Thank you for the feedback." It's not like I can expect everyone to fawn over my work. Some people hate it, and that's fine by me. If they really hate it, my response is "Perhaps you are not my target audience."

Once you leave the happy world of Facebook and start monetizing your work, you're fair game. You are a professional, and you have to behave like one if you're going to last. That means taking a certain amount of shit and not taking it personally.

Maybe social media is not for you? Not being a smartass, but seriously, going public with your work is not for the thin-skinned or the faint of heart. And once you start attacking your audience, you're kind of done for.

PS: I'm not a dude. I'm a (single) mom with two (grown) boys (and I also work more than 50 hours a week) who's published a lot of stuff and gotten a lot of negative comments from people, many of whom have no idea what they're talking about, but so what? That's their prerogative. Mine is to keep creating content and keep getting paid for it, whether people like it or not.
OBX/2-Door
V6/Auto/Advanced 4x4/Rear Locker/4.27 Gearing
MIC Top/Modular Bumper/Front Bash Plates
Aux Switches/Navy & Gray Cloth/High Package
Velocity Blue
Gettin' It at Granger!​
Advertisement
You must log in or register to reply here.
Share:
Facebook Twitter Reddit Email Link