Dealership Switch after 3/19 is it possible?

Those dealers might tell the story differently, that they had permission either implied by reason of reservation or explicitly. In any case, I am surprised that an FE could transfer after conversation even before the 19th, transferring the time stamp I get, but how would they reserve another FE with a new reservation?
Sponsored

Drex said:
Those dealers might tell the story differently, that they had permission either implied by reason of reservation or explicitly. In any case, I am surprised that an FE could transfer after conversation even before the 19th, transferring the time stamp I get, but how would they reserve another FE with a new reservation?
Click to expand...

Implied consent? Jesus Christ some of you will go to any lengths to excuse dealers being scumbags.

A handful of us have been talking/negotiating with dealers since last July, so pardon me if we don't feel any compassion for someone in this predicament. And I know there are literally tens of thousands of people who did little more than make a reservation 8 months ago and simply waited for the dealer to call them up and say "It's time to place your order"

But even if I didn't belong to this forum, and didn't have the added knowledge that I do from this place, I still would've reached out to my dealer to see their thoughts on pricing early on. And I still would've called other dealers to get more stances on pricing. Hell, I would've Googled the hell out the new Bronco and eventually found this place. And then I absolutely would've paid attention to the threads about the various "Group Buys".

Now that I got that out of the way, as stated above, Ford had given us til March 19th to change dealerships. So I doubt that they'd allow any more changes for reservations that have been converted to orders. Only option I see is cancelling the order and getting a new res. But don't believe me, a call to Ford should get a better answer.
It don't matter when I get my Bronco.... As long as I get it before @Bronco4lyfe85 ! 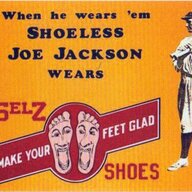 Murph914 said:
So my dealer converted my res to an order without talking to me. I was mad at how they were handling and asked Ford (800) 334-4375 they said they would take care of it. FF and they did nothing. Now they are telling me I have to have the dealer cancel the res and I need to get a new reservation. Ford (800) 334-4375 claims I can call them and they will edit the timestamp. I'm pretty frustrated with Ford at the moment. I just wanted my res pushed back to a my22 at a dealer I trusted and now it looks like this dealer is angling to use my res to get a bronco for the dealer to markup to someone else. Dealer was Franklin Ford trying to switch to Jannell Ford in MA.
Click to expand...

Call your dealership and have them change your priority code to 99 and tell them you want to wait to get a MY22.
Sponsored
4DR Cyber Orange Badlands Sasquatch MIC 2.7 MGV Lux
You must log in or register to reply here.
Share:
Facebook Twitter Reddit Email Link

Has anybody had to switch dealers? Is that even possible?

Possible to change my order after VIN is given?
3 4 5