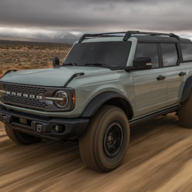 I'm not sure how to describe how I feel.

Reached out to the dealership last Saturday and they mentioned that they are waiting on the Ford rep to provide guidance on how to proceed. They don't know

Contacted @Ford Motor Company and they told me There is nothing they can do and to contact the dealership for support. They told me to contact (800) 334-4375.

Contacted the 800 number and they told me there is nothing they can do and to have patience and contact the dealership who should be in contact with the Ford Representative.

Reached out to the dealership today and It sounds like the Ford Vehicle Operations has yet to determine if the damaged Broncos will arrive to the dealership so they can be repaired or they will need rebuilt in the system.

Its officially more than 3 weeks since the hail storm occurred and here are the updates:

1) Dealer originally mentioned that they reached out to their Ford Rep who will be able to expedite this and get a new one built as soon as possible.

2) Unfortunately, the dealer later changed positions and is now saying that the damaged did not warrant a new vehicle and the Bronco will be "fixed" because the damage did not exceed $1,000 per Ford policy.

3) Another Bronco in the same lot also got hail damage and was able to get a new VIN# last week. Somehow mine and others are "fixable"

4) When I asked the dealer if the Hard Top has been replaced, they said no since it would go over the $1,000 threshold. How can you have a hail damaged vehicle and not replace the hardtop? Are they trying to spend as little as possible to circumvent their own $1,000 policy?

5) They have not provided any documentation of the damage of the vehicle nor a receipt of how much they spent to "fix" the issues.

6) The dealership does not know where is the vehicle or when it will arrive.

8) When I asked if I can decline the damaged Bronco and submit a new order, they said NO

9) When I asked if they can provide some concession to appease some of my valid concerns, they basically said.....take it or leave it. No my problem!

By the way, there are other in the same unfortunate boat as I am and they have been told the same thing.

The storm happened on June 7th and apparently no one still knows anything.

Vehicle has been Categorized as F and want to sell as NEW. Per Ford Policy:

" Category F Definition: Vehicles incurring auction level damage repairs in excess of $1000.00 precluding sale as a new vehicle, but repairable for sale as a quality used vehicle at auction"

Advertisement
Last edited: Yesterday at 9:45 AM 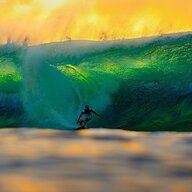 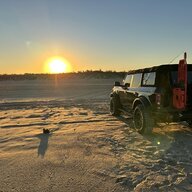 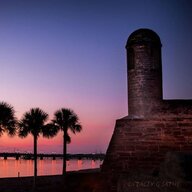 Sorry to hear and I'm sure there will be others that were affected at the holding lot.

Same advice to you as I gave to the other member who's Bronco was damaged in the hail storm. Keep pressing the issue to have the dealer escalate the issue with the zone rep.

Omg, that is so bad. Thoughts and prayers?
Advertisement 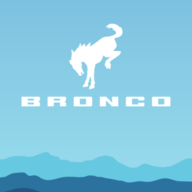 Damn that’s awful. I wonder if it would be better just not knowing anything until it arrives.

Op I am still waiting for Vin and it sucks.

I cannot imagine what you are feeling.

I hope you have a badass dealer and they fight for you to get one built asap.

Fingers Crossed for you brother.

This would push me over the edge! 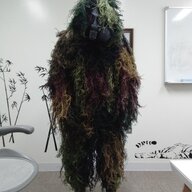 That's messed up, if it was repairable, then they should at least have the decency to let you reject it. That's just the worst possible outcome. Thanks @Ford Motor Company.
Carbonized Gray OBX 2D, 2.7, Adv4x4, Lux pkg, Tow pkg, Roast Int.​
Advertisement

I'm not sure how to describe how I feel.
Click to expand...

The response should have ended: "we are re-building your order immediately and will get you your Ford as quickly as possible because its the right thing to do and we are a stand up company that values our customers". 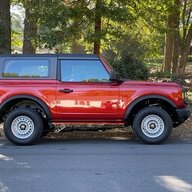 mpeugeot said:
That's messed up, if it was repairable, then they should at least have the decency to let you reject it. That's just the worst possible outcome. Thanks @Ford Motor Company.
Click to expand...

It’s repairable, but won’t have a warranty. I wouldn’t want it. 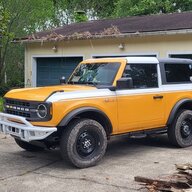 Situations like this I don't understand why Ford doesn't Immediately start processing a replacement, with maybe a quick call to see if any last minute changes would be wanted.

Blackcat said:
It’s repairable, but won’t have a warranty. I wouldn’t want it.
Click to expand...

Yes, but I am suggesting that you get the option to make the choice as to what you would or would not accept (and perhaps at a significant discount). I would consider it, especially if I were able to get a warranty from another company.
Carbonized Gray OBX 2D, 2.7, Adv4x4, Lux pkg, Tow pkg, Roast Int.​ 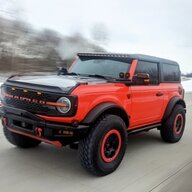 Memory photo from the reveal- No loss of enthusiasm

1 month left before ordering - - what else could go wrong or right?
2

Calm Before the Storm Musings: Where does Ford build the Pre-Production models? (And don't say Detroit)