Ditch the towing package for now and get one from Ford or aftermarket later to avoid any delays?

Ford needs to delay all tow package to MY22, but make wiring standard for all builds. Do it like the hardtop fiasco. Simplifies build, and removes constraint. Win win! 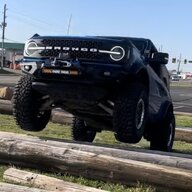 I'm in the camp of not having the factory tow package because it's just not worth $600. Also, the Bronco tow rating is only 3,500 lbs.... Most States only require trailer brakes above 3,000 lbs, so it's barely in the realm of needing a brake controller. 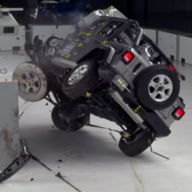 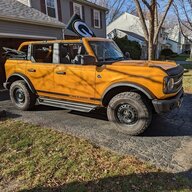 mtap said:
There will be after market options if you want to do a basket without a receiver hitch...these are for jeeps, but I’m sure someone will come up with one for Broncos How the hell am I supposed to get the deer up there? Oh, with the Bobcat on the trailer....
33 years of only Toyota... Done.
Packer owner. 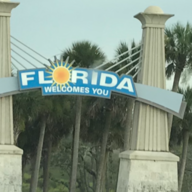 Headsong said:
How the hell am I supposed to get the deer up there?
Click to expand... 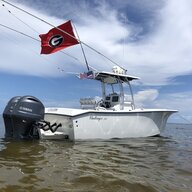 ZackDanger said:
All the discussions around adding a brake controller are based on people looking to "adjust" that 3500lb rating.

Natai said:
I'm under the impression that the bolt on hitch is being installed before the bumper (and a lot of other things). Hence the possible the need to cut or remove the bumper to install an aftermarket option.
Click to expand...

It appears if the nut plates are on the rear side vs front the bolts can be assembled without removing the bumper. 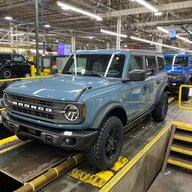 My dealer said that they have not been told the towing package will be late availability, and that most of his orders contain that option. So, I decided to keep it.....for now....
Black Diamond
4 - Door (5)
Area 51
2.3 Manual
Hardtop / Towing / Keyless
17" Gloss-PNTD ALUM Wheels


It appears if the nut plates are on the rear side vs front the bolts can be assembled without removing the bumper. XCR440 said:
Trailer tow was on the list of commodities I was given. Now how big of a commodity depends on how many want it. Based on my orders, I think the mass majority 75% or more, but that might just be regional and if so national rate could be lower where its a commodity, but not a major one.

What I mean is:

Say Ford can build 50% of Broncos with a widget, so the commodity rate is 50%. If demand is 50.5%, its an issue that will slow up some so it is a commodity, but only will affect 1 out of 100 orders. Now lets say demand is 70%, now its 20 out of 100, so its much more of an issue. Then remember that the next week, those 20 allocations take the first 20 widgets leaving only 30 for the next batch so the wait/line keeps growing.

So back to trailer tow, if you think its 1/2 or less of the orders, probably won't be a huge deal, if you think its 75% or more, might be a big problem. However, this also assumes the commodity list I saw was correct, and that it won't change. Trailer tow is one I can see easily increased if demand warrants unlike other options like 2.7L, Sasquatch, etc. Clear as mud?

Also remember once scheduling starts, dealer will have a long (2-3 week) preview period where you can change the orders if its not going, so if Tow is a problem keeping your order from scheduling, dealer can notify you and see if you want to drop tow to get a VIN.
Click to expand...

Thank you! That clears it up for me. You are super helpful for this forum.
Black Diamond
4 - Door (5)
Area 51
2.3 Manual
Hardtop / Towing / Keyless
17" Gloss-PNTD ALUM Wheels 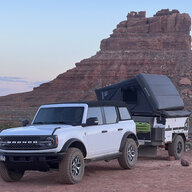 Anybody want to start a pop-up camper business with me?
Click to expand...

It's a bit more than just a pop up camper lol. And you'd be surprised how the cost add up when you start adding everything up. I looked at a lot of campers and the fit, finish, quality and creative use of space made the decision for me. 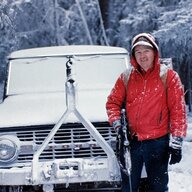 I think I have found were some of the cost of the Trailer Towing packages comes from. Looks like Ford is using variable voltage tail lights, which means one bulb for brake and parking. There is added wiring and a Trailer Towing Module that is added. Don't know how much is there if you do not order the towing package. 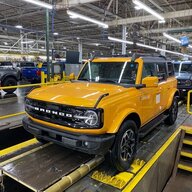 donspillman said:
Well, I thought had read on this forum that it had been added as possible delayed or high demand availability. (I'm pretty sure I did, I remember everyone fussing about how hard it could be to add the towing package.) However, I can't find it here anymore. I'm I just making this up? Can a Dealership person on here or anyone else confirm this? Thanks.
Click to expand...

I’d be more worried about chip availability than towing package. 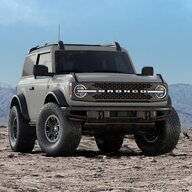 MacHudson said:
Can someone explain what would customarily come with a towing package? I’ve never had one. Never needed it. But I wonder about future proofing this ride - what would I need to add and what would it cost if five years later I want to drag a small teardrop trailer around with me?
Click to expand...

I think you can add a tow hitch and brake controller for less than $500. You can get just a tow hitch from Uhaul for around $250. 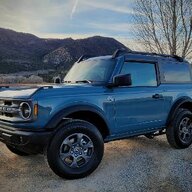 Natai said:
I'm under the impression that the bolt on hitch is being installed before the bumper (and a lot of other things). Hence the possible the need to cut or remove the bumper to install an aftermarket option.
Click to expand...

Looking at the bare chassis in Moab you are correct. The bolts come in from the bumper side. Meaning at least the plastic bumper facia would have to be removed to install bolts. The after market ones for jeeps (which are very similar if not identical to what the Bronco would need) the bolts enter from the chassis side. On the Bronco this might require loosening the muffler to get access.
6/21 7/5 7/23 Build Scheduled 2260 rotation#: Big Bend, non Sas, A51, 2.3L, AT, 4.27 Locker, Roof Rails
Advertisement
You must log in or register to reply here.
Share:
Facebook Twitter Reddit Email Link

Poll: What do we think about an optional max towing package for those who want more towing?