Does financing give me any leverage?

Fortunately I'm in a position where I can buy my Bronco outright. However, I was curious if I did agree to finance some of the price if I could use that to leverage the dealership to include an extended warranty. If so, I would finance but then pay it off in about 6 months. 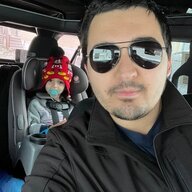 If you find a dealership that will give you leverage, please tell me who that'd be

In all seriousness, dealerships wont throw in a warranty, some will do $500 over. A few dealers are giving $50 over ESPs for their reservations.

Not at all, in fact as far as the dealer is concerned it is a negative 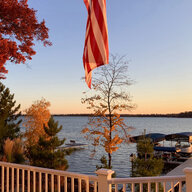 My dealer didn’t offer any such deal although I tried. With the extreme Bronco demand and limited supply, they have zero reason to include an ESP and reduce their profit margin. I wound up going with my own financing as I see little reason to pay cash with borrowing costs under 2.5%, especially when I can earn about 10% on my money elsewhere. That 7% opportunity cost would add up to me paying an extra $22k over 5 years if I pay cash for my Bronco. 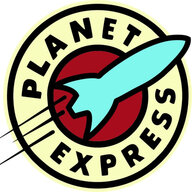 Not likely, especially these days when they can likely sell your vehicle to someone off the street if you walk and likely at a large markup. You have very little leverage at all if anything you'll have to pay more if you want the ESP than you would from one of the discount resellers on top of the price of the vehicle
2022 Ford Bronco Outer Banks 2.7L V6 10R60 4A Transfer Case MIC High Roast Leather Trimmed-Vinyl Seats Eruption Green 4 Door
Advertisement

Dealers love financing as banks give them kick backs to finance you into a higher rate. I financed my wrangler and received an additional 1% under invoice ($766). It’s possible they would do the financing for warranty deal if you agree to a 10% interest rate. I wouldn’t buy a warranty unless it’s from flood or granger. Other dealers add crazy mark up to them. It doesn’t hurt to ask about financing and ask how long they’d want you to carry the loan for before you pay it off. 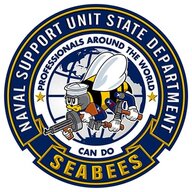 No one is going to "throw in" an Extended Warranty!
Location: NW Washington DC - NW Houston Tx 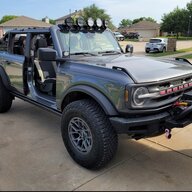 You can always bring it up, but I doubt you will get any perks. There are plenty of places that sell the warranty for 50-100 dollars over value.

I would just get them to straight up price match or don't worry about it. You aren't gonna ever win financing with the dealer.

Best case they will throw in service or some accessories. But I would be careful they don't skim off your ford points. 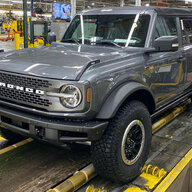 As noted above, go to Granger or Flood and get ESP. Don't get it elsewhere. If you can borrow at a good rate due to good credit, do it. It makes little sense to tie up $50-60k in cash in a depreciating asset. Put that money elsewhere.

heynow14 said:
As noted above, go to Granger or Flood and get ESP. Don't get it elsewhere. If you can borrow at a good rate due to good credit, do it. It makes little sense to tie up $50-60k in cash in a depreciating asset. Put that money elsewhere.

I've got great credit. Where are the best places to find the lowest APRs?
Advertisement 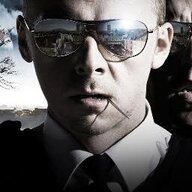 Back when I bought a Mini Cooper during the Cooper craze (2005), I paid full MSRP and the dealer wouldn’t even give me a free set of rubber floor mats. You’re not getting any freebies with your Bronco either. 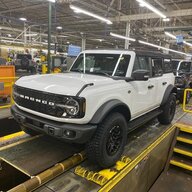 okccj said:
I've got great credit. Where are the best places to find the lowest APRs?
Click to expand...

Credit Unions are probably your best bet. When I get my loan I'll go through Navy Federal CU as they're at about 2.7% but I'm active duty and can get 1% off of that on my loan so it'll be 1.7%, some say PENFED is good but what I saw this morning they're a little higher.
July 19, 2020 Res. 4dr WT, Oxford White, Lux, Leather, HOSS 3.0, Soft Top, removed tow package.

okccj said:
I've got great credit. Where are the best places to find the lowest APRs?
Click to expand...

We use DCU for a low rate offer then get a local credit union to rate match or beat it. I think we ended up with 1.9% on my wife's Bronco. 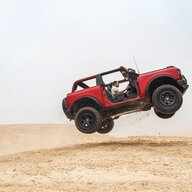 MnLakeBum said:
My dealer didn’t offer any such deal although I tried. With the extreme Bronco demand and limited supply, they have zero reason to include an ESP and reduce their profit margin. I wound up going with my own financing as I see little reason to pay cash with borrowing costs under 2.5%, especially when I can earn about 10% on my money elsewhere. That 7% opportunity cost would add up to me paying an extra $22k over 5 years if I pay cash for my Bronco.
Click to expand...

Really. I sure don't know where most anyone is getting 10% this year?

To say that it has been a perilous stretch for bullish stock investors on Wall Street lately is a bit of an understatement.
Marked by stomach-churning volatility and bruising losses in once-popular technology trades, the S&P 500 booked its worst start to a year, through the first four months of 2022, in over 80 years, with the steepest decline in April, down 4.9%, since at least 2002 contributing to the unsettling, bearish tone.
Don’t miss: What to watch for at Warren Buffett’s ‘Woodstock for Capitalists’ in Omaha on Saturday
The broad-market S&P 500 SPX, 0.30% closed out Friday down 13.3%, representing the most unsightly four-month period to start a calendar year since 1939, when it declined 17.3% (see table).
The other major equity benchmarks aren’t faring much better. The technology-laden Nasdaq Composite Index COMP, -0.02% finished down 21.2%, representing the biggest such fall for the Nasdaq Composite since its advent in 1971.
The Dow Jones Industrial Average DJIA, 0.08% closed off 9.3% to date in 2022, which would be the worst start to a year for blue chips since the COVID pandemic took hold in the U.S. in 2020, when it declined a whopping 14.69%.

Read: Boomers are leaving the stock market. Here’s what happens next.
Markets are slumping amid a litany of issues and sentiment that has been shaky, with a key measure of the U.S. economy’s overall health, gross domestic product, shrinking at a 1.4% annual rate in the first quarter, hamstrung by supply-chain bottlenecks and a widening trade deficit, though consumer and business spending were bright spots.


In fact, personal-consumption expenditures index, or PCE, the Federal Reserve’s favored measure for reading inflation, increased a seasonally adjusted 1.1% in March from the prior month, the Commerce Department said Friday.
Worries surrounding the invasion by Russia of neighboring Ukraine have been amplifying unease about the health of the global economy, as lingering battles with COVID-19 continue to hamstring parts of the world, notably China.
Out-of-control inflation and a Fed that is eager to stamp it out with higher benchmark interest rates also have been a recipe for ferocious price swings.
Check out: Fed’s half-percentage-point interest rate hike next week seen baked in the cake
However, there are some signs that inflation may be cooling. Overall inflation rose 6.6% in March from a year earlier, an acceleration from February, but the move represented a decline when factoring food and energy costs, with a rise of 5.2% last month from a year earlier, according to the government.
See: U.S. inflation rate surges to 6.6% based on PCE index—but there’s a silver lining
It’s worth noting that, bonds, traditionally perceived as a place of refuge for investors as stocks fall, haven’t offered much comfort. The iShares 20+ Year Treasury Bond ETF TLT, 1.35% is down 19.4% so far in 2022 as benchmark 10-year Treasury yields TMUBMUSD10Y, 2.939% have climbed rapidly, nearing 3%.


Need to Know: ‘So bad, it’s good.’ This beleaguered stock market has one big asset on its side, say strategists.
Against that backdrop, is the outlook as grim as it has been over the past four months?
Baird market strategist Michael Antonelli said clients have been checking in intermittently amid the market tumult.
“We continue to remind them that the world is a crazy place, that there is almost never a time when returns are high and risks are low,” he offered.
“We also reiterate the fact that holding stocks in a bull market is practice, while holding them in difficult times is the Super Bowl,” he said. 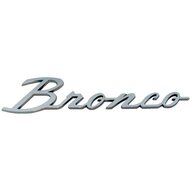 I imagine there is no incentive in Canada either, but for those who want to buy outright like myself, many dealers will only allow finance or lease in order to attempt control the vehicle not being exported stateside where there is money to be made. Non-export agreements are also rampant; but at least there isn't much ADM up here.
Advertisement
4dr 2.3 Auto OBX MIC HIGH Eruption Green 5/10/2022 Build Day
You must log in or register to reply here.
Share:
Facebook Twitter Reddit Email Link

Any chance Ford has any financing specials?
2

Does Ford Give Priority to Early Bronco Orders?
2 3

How does the financial side (financing / payment) of ordering actually work?
2

Anyone financing through business?