rjkmoto said:
First, AFAIK this December timeline for the build and price has been tweeted/published by Levine at least twice now within the last week. However, there has been no actual Ford published “August” date except for the “configurator” - in one of his earlier tweets late last week/early this week Levine seemed to draw a distinction between the “configurator” (which he said would be soon or August) and the “Build & Price” tool which he mentioned would be December. I can’t find this tweet but it’s out there ....

The August timeline seemed to stem from THIS: .... seems to be the source of the “August” timeline everyone is so latched onto and evening THIS does not say “build AND price” and is also NOT a verified Ford published piece of information. It’s forum speculation.

On FRIDAY (Two days ago) FORD from a different outlet in the company said THIS: All the actual communication from Ford has been “fall/December” the ONLY place I’ve been able to see anything about August was from a forum post citing a “high up marketing” source. That is NOT the same thing as Ford, Inc.

No sense getting upset when Ford has only ever publicly said “fall/December.” If anyone has a screenshot of a Ford employee on twitter or IG or FB or Mortortrend or Ford.com publishing/being actually name-attributed quoted saying anything about August, please post it! 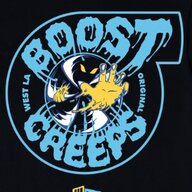 
I could start a thread claiming a high up source told me that every eighth Bronco will be painted purple. Doesn’t mean there is any validity to it.

JK (my initials, not kidding) 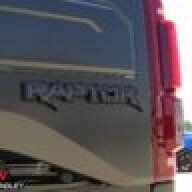 And according to the almanac FALL doesn’t start till September 22 this year and runs through December 21 .... Most of this is semantics and people choosing to be upset over said semantics.

Im not claiming Ford is “great/awesome/can do no wrong” but a lot of this outage is being driven by forum speculation that as morphed into “fact” through the rumor mill. It’s a giant game of telephone. 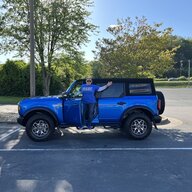 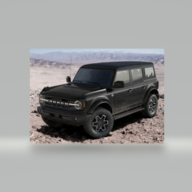 Sighlense said:
This board is littered with "guesstimates". Thanks though...
Click to expand...

Same reason so much inaccurate info in general. 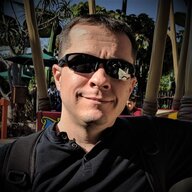 Zero_chance said:
What does dealer selection have to do with pricing exactly?? I just don’t get why so many people are hung up on this, unless you think the dealer is gonna do something to the pricing, it’s otherwise irrelevant. And if you are worried about that find a better dealer.
Click to expand...

If you already have a good idea of what to expect from your dealer probably not much difference.

However, kind of difficult to have any substantial conversation with a new dealer when no one knows such basic information like what options are available and roughly how much it's going to cost. When every question you ask each other is answered with "don't know yet," things get a little tricky. 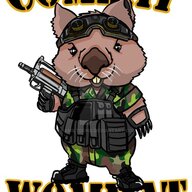 More fed up with Ford everyday. 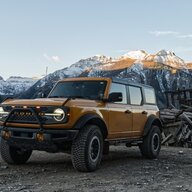 4-door is 51.3k so relatively close. And that starts with the medium package. Lux is still 2 away. Going from standard to lux is going to be stupid pricey

B Wants A Bronco

Bayou_Bronco said:
This is my guesstimate on my build. I think it will be pretty close, but who knows.

Awesome, thanks for doing the work for this (as I haven't bothered). I'm looking at 2-Door (but possibly 4-Door) Badlands manual with Lux Package and color-matching roof.

Corsair said:
If that’s the case, I’d be happy. I’d be surprised if getting to lux cost only $3,000. That’s a lot of upgrades coming all the way from the bottom.
Click to expand...

I think if this were an OB build, lux will be less than $3k, since mid is standard. I think Sasquatch will be $3-4k. 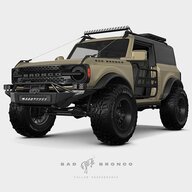 Guess this gives us something to do during the holidays? 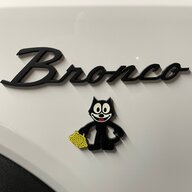 Well that should slow down the traffic around here. But hey you can configure a sport while you wait
Who Knows....Ask Who.

Okay, I went through the first 7 pages of this thread and then the last. I have a possible theory that I haven’t seen yet. If this theory is already out there, I apologize.

Could it possibly be that Ford underestimated the reservations so severely, that they would rather keep pushing things back with the hope that a large number of people will cancel their reservations, as opposed to the pr disaster that will result in not being able to fulfill our reservations for 1 1/2 years?
Advertisement

Email from my dealer with insight into ordering.

FORD. Please build Bronco in RHD. Bronco will be HUGE in Australia.
2