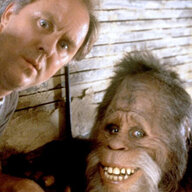 OuterJersey said:
My hopeful plan is to install the flip back top on my 4-door for the summer (brand?)and leave the far back hardtop section on forever. Does anyone know if there is a 4 door version that includes the rear seats hardtop area to be uncovered? Is that in the works?
thanks
Click to expand... 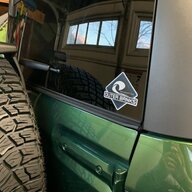 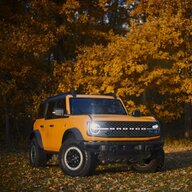 OuterJersey said:
Great thank you! Hopefully they can match the Mic top color too. That could be a deal breaker
Click to expand...

You can see what looks like some protype photos in the link that @JonDW29 provided. Looks like they're using their black twill, same as the Trektop. I would say it's a decent amount darker shade of black vs the MIC top. Looks good to me, but then again I don't think it has to match perfectly.

edernest said:
Living in Michigan, it was always my intention to remove the Bestop soft top that I installed this summer once Fall hit and reinstall my original factory hard top, though I didn't encounter much information about how that process would go. Before I purchased, I contacted Bestop support about it and was told it was possible to remove it for the season and that it should take about 1.5 hours. They said that they did not have any documentation on how to do it unfortunately. It doesn't make sense to follow the original installation instructions in reverse because much of that process involves the initial assembly of the bows and top structure, which does not need to be undone. So yesterday I took it upon myself to figure out the minimal amount of steps to accomplish the removal and get me to a point where I can reinstall my hard top, and took photos along the way in hopes that it might help someone looking for that information later (or perhaps me next year when I need to do this again). All said, even with stopping to take photos I had the top completely removed in less than an hour and I think next year I could easily do it in about a half hour.

NOTE: These instructions are for moving from the Bestop to factory hard top. If your vehicle originally came with the OEM soft top, some of the brackets along the top may be different than what's described here. Step 1: Remove soft top rear windows
Flip up the velcro top flap along the rear and sides. Open the tailgate and remove the rear window by lifting the bottom support bar out toward you and pulling the sides out of their channels. Once loose slide the top of the rear window out by moving it either left or right. The side windows have a red snap that attaches them to the tailgate; disconnect these. Work the bottom and front edges out of their channels until only the top is attached, and slide the whole window toward the rear of the vehicle to remove. Step 2: Disconnect all velcro connections around bows from the inside and fold back
Open up the velcro straps on each bow and tuck them above. I'm not sure if this is entirely necessary but seems to give the whole assembly more flexibility for removal. Fold back soft top for remaining removal process, giving you access to all the bolts you will need to remove Step 4: Disconnect rear halo
The rear halo is attached to the speaker pods. Using a T30, remove these bolts on both left and right. You'll need to reinstall these OEM bolts to hold the speaker pods to the frame after sliding the bracket out of place. Step 6: Remove remaining bolts along top rail
Using a T50 socket, remove the four remaining OEM bolts holding the middle and front brackets on the vehicle. These will all need to be reinstalled, so retain them and remember that the shortest bolt is used on the hole closest to the front of the vehicle. Make note of the positioning of the lower OEM top rail bracket and make sure it gets reinstalled for proper hard top operation (there's an arrow that shows you which way goes toward the front if you forget). Retain all plastic washers for future reinstallation. Step 7: Remove soft top from vehicle
This is the one part I thought it was necessary to have another person, and preferably both of you are tall enough to clear the top above the vehicle (even more true for SAS owners). Fold the entire rear halo assembly over the top of the the bows to make the soft top as small as possible. With a partner on each side of the vehicle lift the entire assembly straight up from the vehicle. The foam insulation may be somewhat stuck along the top rail; just continue with gentle pressure upwards to release it. Walk the whole assembly toward the rear and away from the vehicle. You can also remove the front-most top rail section at this time and reinstall all OEM bolts. Step 8: Remove vertical window retainers
On the C-pillar, remove the plastic window retainer bolts using a T30 socket. Retain these for future installation. The plastic retainer piece should slide out easily though it might be attached at the top with some foam adhesive, so just carefully peel that away from the vehicle. Find the original OEM T30 bolts that were removed from the C-pillar during initial install and reinsert them (you did remember to save those, right??) Step 9: Remove tailgate brackets
Using a T50 socket, remove the four bolts along each side. These are OEM bolts that you will use to reinstall the hard top, so hang on to them. Remove the T30 bolts from the inside of the tailgate toward the back. Retain these for future installation. The rear tailgate brackets can now be removed as one piece revealing the insulation and vinyl wrap that was used during initial install. This all can be left on the vehicle and used in conjunction with the hard top. Step 10: Reinstall hard top
Place the hard top shell back on the vehicle. Using the 8 T50 OEM hard top shell bolts removed during the previous step along with two additional OEM bolts which you hopefully retained during initial install of the Bestop (used along top rail), reconnect the hard top shell to the vehicle. You can see in the photo below that the tailgate insulation does not interfere with the use of the hard top and in fact may even provide an additional level of noise insulation in that area. At this point all that remains is to find a spot to store the main soft top assembly, brackets and hardware for winter and to count the days until next summer. Hope you found this helpful! Thank you Soooo much for this post. I had the dealer install my bestop Trektop so I never saw how they installed it nor did I see how they removed my hard top. You made my life very easy. Son and I did it in around 2.5hours. One note: not sure what year bronco you have or when you bought your top, the step 4: I did not have a bracket held by my speaker. Also if I can help anyone going forward. The two very front brackets on step 6 only take out the one bolt holding the soft top bracket and when bracket removed put it right back in place. I made mistake of removing the whole underneath bracket and when I went to put the hard top clamps on I had to remove too multiple times to readjust the bracket so the pins would line up.
Not complaining VERY HELPFUL!
Thanks
OP
OP

Beefneck69 said:
Thank you Soooo much for this post. I had the dealer install my bestop Trektop so I never saw how they installed it nor did I see how they removed my hard top. You made my life very easy. Son and I did it in around 2.5hours. One note: not sure what year bronco you have or when you bought your top, the step 4: I did not have a bracket held by my speaker. Also if I can help anyone going forward. The two very front brackets on step 6 only take out the one bolt holding the soft top bracket and when bracket removed put it right back in place. I made mistake of removing the whole underneath bracket and when I went to put the hard top clamps on I had to remove too multiple times to readjust the bracket so the pins would line up.
Not complaining VERY HELPFUL!
Thanks
Click to expand...

Glad I was able to help. I'm actually really curious about the rear halo brackets that you said were missing as part of step 4 since they should have been included with the kit you bought from Bestop. I could see how the top could still function without them but I think they provide a lot of support to the rear (especially when folded back).

If I were in your shoes I would probably look into getting the parts, either from Bestop or the dealer that installed it for you depending on who is to blame for their abscence. In any case the part numbers you would need are #601.50, #601.51 and you'll need quantity 4 of #533.61 screws to attach them to the halo. Good luck!
Sponsored
You must log in or register to reply here.
Share:
Facebook Twitter Reddit Email Link

DIY Door Storage Rack For About $10