Florida Vehicles I have Known, Owned, or May Know 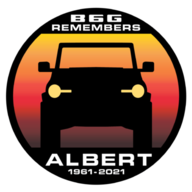 Vehicles I have Known, Owned. or May Know In Approximate Order, (missing a few I think)

1974 VW super bug, and several other bugs and sand buggies, my brother traded a buggie for a 66 big block roadster, still has.

2001 Isuzu Vehicross, very nice suv, way ahead of its time, would like another, but parts availability the issue.

2010 Growler; bid at auction gov planet, but not enough, missed it by $ that much

2020 Chevy Colorado 4x4 crew, son's work truck; he bailed on the bronco, and bought a tesla instead.

2020 Jeep Gladiator Overland, 37s, lifted, nice, too much lift and tires, difficult to crawl in it.

2021 Broncs x 2; 2dr banks, 4dr banks, both rapid red, no skunk ape, 17 inch wheels, tires not decided, white analog 15/52 wheels, white grill, red letters, white tops, aftermarket lift/winch/bumpers. 2dr to go to my 9yr old grandson in a couple years; gonna see if I can get his name on the order/window sticker when I order (when I ordered the rubicon 2008 my name was on the window sticker)

202? Jeep Gladiator Mohave, half-doors, ? 392; vs electric truck/car; Prefer Jeep Pickup over Bronc, unless they reincarnate the IH Scout.
In an ideal world, I would have only 3 mobiles; 69 Z28, 67 427/435 roadster and the Jeep Pickup. Maybe some day.
Advertisement

I had a 2006 GTO 6 speed as well. It was black on black with red highlights. You could throw that car around like nobody's business. She was heavy, but predictable and telegraphed everything. I absolutely loved that car! 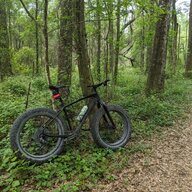 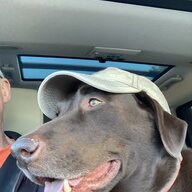 California Think I will get a cease & desist for this?
2 3 4