My main gripe is the roughness of the engine starting and stopping constantly. Annoying 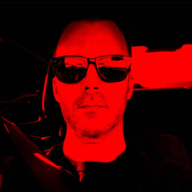 Hkak45 said:
Curious if any of the new manual cars Ford makes comes with auto start/stop. I would guess no since you have to disengage clutch and gas when starting and may throw off the computers but want to see what you all think? Couldn’t find out if the new stangs have it or not in manual. I really really hope the Manual Bronco does NOT come with it!
Click to expand...

Yes, the enginerds have thought of this, yes they have solutions, no its not some critical point of failure. Frog snacks people have you never worked with engineers? Yeah they occasionally overlook things but 99% of the time when designing a project you got dipship jimmy in the corner asking "Well what if plutos gravity suddenly increases 400fold, will the car have enough downforce to counteract that?" So if we are scraping the bottom of the pot THAT hard (at which point you've dug through the pot and halfway through the burner) they probably have thought of it and come up with some form of mitigation....... Not that I am venting about the corkstuffers I work with and their constant whataboutisms...

It in theory will actually save your engine in terms of longevity because you aren't needlessly wearing out the engine bearings having the damn thing run when you aren't moving. Would you rather rebuild an engine or toss in a new starter?

https://www.ford-trucks.com/how-tos/a/ford-f150-how-to-replace-starter-359986
That says an hour or two and a couple hundred bucks. I'd like to see an engine rebuild go that quick...

As for me I ABSOLUTELY want stop start in my Bronco. After sitting in constant CO traffic caused by accidents/construction it is 100% worth it to me. Being stopped for 10 minutes at a time, wasting fuel and killing the turtles is not acceptable to me.

I test drove an '18 wrangler manual with auto start stop. It takes some getting used to because their system would shut off at stop signs, so you have to move slower with the clutch to not engage with a dead engine and stall out, but if you're not trying to slam shift like you're at laguna seca you'll get the hang of it.

About killing the turtles: I'm only half joking. I really do care about minimizing my environmental impact, and was pretty damn shocked at just how bad idling is. Skip to 6:15 for the punchline for all yall instant gratification fools

Lightweight needs a shot for a buzz
alcoholic needs a fifth

No, the lightweight is not getting dehydrated faster for not drinking enough (starter)
But he is saving his liver (Every wear surface in the engine) 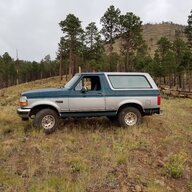 Easy fix, set your climate control temp at least 2° different than outside temp, and it won't do it. At least it works in my escape. 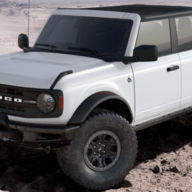 pat86323 said:
Easy fix, set your climate control temp at least 2° different than outside temp, and it won't do it. At least it works in my escape.
Click to expand...

If the manual has this and it cant be defeated easily, its going to be really, really hard for me to buy this vehicle. Call me crazy, but I don't want my vehicle to cut off unless I turn it off on purpose.

When I am approaching a stoplight, I go to neutral and just slow to a stop. I don't know why you would keep it in gear with foot on the clutch, that's just unnecessary wear on the clutch. When the lights turns green, I put it in gear and go. 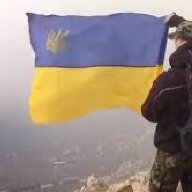 As long as it can be disabled I'm fine. The ESS in my Jeep is just OK, and if it's used it's because I forgot to hit the button when I started the engine. If I can find the right size rock I'll take care of that.
"Better tried by twelve than carried by six"

Ooh good points. I hadn't considered battery... I did think about the oil lubrication and flowing back to the reservoir, but that didn't support my argument

Also should probably throw in an apology if it seemed like I was targeting you, I meant that to address all the anti stop-start posters and quoted your post because it was closer to the end of the thread

https://en.wikipedia.org/wiki/Start-stop_system#Enhanced_components
Wikipedia says that the design considerations include polymers on the bearings to aid with lubrication free starts, an enhanced battery (agm or efb?), a better built starter, constant cooling system to keep things like the turbocharger cooled, and battery monitoring to make sure its not shutting off when the battery is too low to restart.

Their ford section
https://en.wikipedia.org/wiki/Start-stop_system#Ford
explicitly calls out an AGM battery being standard on the 2.7 F150, which is fantastic because I like AGM far more than flooded lead acid (less susceptible to issues with sloshing and falling apart when you're out and bouncing around).

https://owner.ford.com/support/how-...nology/how-to-use-auto-start-stop-f-150.html#
This video says it will not operate if the temp is too cool or too hot, which covers issues with the oil viscosity becoming too thick in the winter. It also says the battery and starter are both beefed up to handle the additional stress.

It does not cover the engine modifications they hopefully would have made, however.

I also cannot yet find info on the oil flow to the turbochargers, but going back to the wikipedia link (ford section)

"Late in 2010, Ford announced that its start-stop system, already used in its hybrids as well as several mainstream models in Europe..."

"and it built start-stop systems into the Ford F150 2015 model for the first time as a standard feature rather than an option.[25]"

So there has been 5 years worth of real world testing with these engines and from
https://www.carcomplaints.com/Ford/F-150/2015/recalls/

So while I cannot come up with an answer saying it is an issue and here is how they fixed it, I can show that there has been no official action regarding that being a potential problem (but again, nothing conclusively proving it ISNT an issue. If you can find some supporting evidence that it is I'd love to geek out on it).

As for the cutting out the engine mid-flight, that is a pretty crazy notion. It sort of makes sense though, couldn't they just glide back down in the event of failures? I guess not if you're out in the Alaskan bush. If they ran the numbers though and found the incidence of failure were within some reasonable level of tolerance though I guess I couldn't complain if they cut out the engines a couple times during flight. Would add a nice level of spice...
Last edited: Aug 27, 2020 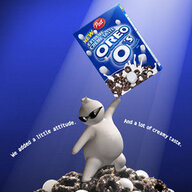 MallCrawlinBranco said:
I test drove an '18 wrangler manual with auto start stop. It takes some getting used to because their system would shut off at stop signs, so you have to move slower with the clutch to not engage with a dead engine and stall out, but if you're not trying to slam shift like you're at laguna seca you'll get the hang of it.
Click to expand... vrtical said:
It's stupid specially in warmer weather climates. On one car I can permanently turn it off. On the F150 need Forscan
Click to expand... 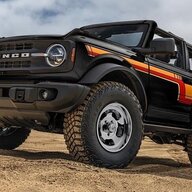 I’ll just buy whatever it takes to completely disable the feature. I work in the city and I’ve witnessed my fair share of these stumble and fail at intersections on various makes/models.

Definitely has the possibility of being a dangerous feature. 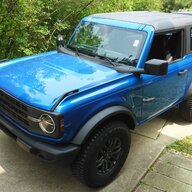 The_Phew said:
Every recent/current manual transmission vehicle with stop/start works the same way:
-If clutch is engaged, engine continues to idle
-If in neutral AND clutch disengaged AND engine oil is warm AND HVAC/accessory load is low, the engine will shut off
-Engaging the clutch will restart the engine

Unlike the implementation in vehicles with an AT, you have 100% control in a MT vehicle with stop/start. Don't want the engine to cut off at a stoplight? Just leave the clutch engaged. Want to restart the engine in anticipation of accelerating? Just disengage the clutch or put it in gear.

My MT BMW showed real-time fuel economy, and start/stop makes a noticeable impact. I've seen my average MPG drop by 1mpg or more over 20+ miles just by idling at a stop light.
Click to expand...

Yeah but I don't keep the clutch engaged at lights. That's not even good long term for the clutch bearing. I'm happy our gas sipper manual 2020 car came without start/stop, so I can pop in neutral or let out clutch without engine stopping or having to disengaging start/stop manually. A manual start/stop vehicle I rented in Germany was losing cold air from HVAC due to start/stop.

Straight 6 said:
My main gripe is the roughness of the engine starting and stopping constantly. Annoying
Click to expand...

Have You Joined a Bronco Club on Bronco6G? Or Start Your Own!
5 6 7

When will aftermarket parts for Bronco start to surface.