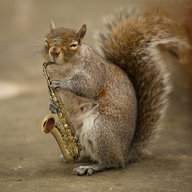 BroncoRevital said:
Yeah I get what you all are saying and I’m not mad at it. I’m just saying it’s kind of odd to be hyping the fast aspect of a less then 100” wheelbase vehicle.

It’s more sexy sure and I loved the Bronco R intro and idea. However I just find it weird that it seems that’s all Ford has seemed to focus on or show regarding the Bronco. There are plenty of ways to make an off-road vehicle look good rather then it just bombing hills and flipping sand.

I know it’s still early but it’s unsettling to me as a person who wants the Bronco for trail use, like what it should be designed for. Jeep and Land Rover have made awesome commercials showcasing this. Again I don’t need a commercial yet but some signs that they are committed to making an off-road trail vehicle and not just a Raptor with a camper shell would be nice.

Us (I won’t say it, I don’t want the chairs) need our nerves settled and some reassurance that the Bronco will be flexy. Flexy is sexy

I think pictures of the 2 door is enough to convince me it will be capable of tough, tight, technical trails. The wheelbase and tiny nose/tail overhangs says it all. Of course, more flexy is more sexy sooo....