Making the case for a Bronco GT Supertruck 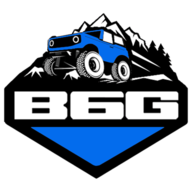 Here's an interesting article by Chad Kirchner making a case for a Bronco GT Supertruck.

Realistically, the likelihood of a Bronco GT super truck isn't high, but we think there's lots of merit to the idea of making a high performance model for the 2020 Bronco.

As Chad points out, people want big cars, as evidenced by current truck and SUV sales figures. Enthusiasts' desire to have a fast and powerful car isn't limited to sports cars. Us folks like to go fast in whatever we may be traveling in. So, we think a Bronco GT would absolutely sell... including non-GT models. It's a fact that halo models help sell the models positioned lower in the lineup. And just the F-150 Raptor has undoubtedly helped general F-150 sales, a Bronco GT/Raptor/Whatchamacallit halo truck would absolutely help promote Bronco sales and image.

Ford, I’m here to give you some advice. Build the Bronco GT.

What is a Bronco GT, you might ask? Basically, it’s a Ford GT in Bronco form. That means it’s powered by a high-output 3.5L EcoBoost V6 making somewhere around 650 horsepower. It also means mounting the engine behind the driver, which would kill the Bronco’s rear seat space but dramatically improve traction.

It wouldn’t probably be a serious off-roader, since Ford would probably lower the ride height to improve handling, but I suppose there’s no reason why they couldn’t make it Raptor-capable with that much power?

Since none of Ford’s all-wheel drive systems can probably handle the torque of this monster, it’d have to be a rear-wheel drive only affair, but that’d be okay. While it’d probably only be a dual-clutch automatic transmission, the extra space inside the Bronco could free up some room to fit a proper 6-speed manual.

The Bronco GT will still have plenty of storage space, because even though you’d lose the back seats, there might still be some room for a small storage area behind the engine. But there should also be room up front for storage, in the frunk. Some cooling bits and stuff will need to go up there, but because the Bronco doesn’t have a wind-tunnel sculpted front end, there should be a decent amount of space left over for storage.

Check out the full article at Ford-trucks.
Click to expand...

I don't know about a $400,000 Bronco but look I could see them selling every single one if priced $100-200,000. There's already plenty of high end SUVs in the six figure mark - Cayenne Turbo, BMW X5/X6 M, Range Rovers. The demand for silly fast SUV's is clearly out there. 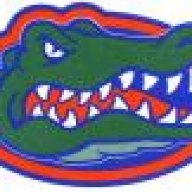 I give it an A for creativity but if Ford ever decided to build a go fast SUV it would never be badged a Bronco. A higher trim Bronco would be more not less capable off road and a Raptor version is as much as we can hope for. Ford isn't going to be pulling away any G Wagon buyers let's face it. It would greatly outplay its card and fail miserably if it tried.

Are we assuming the 3.5L Ecoboost from the F-150 wouldn't fit under the hood of a new Bronco? Not sure if I am missing something why it would need to be mounted behind the driver. I'd think the 3.5L would be the perfect candidate for a Raptor Bronco if they ever made one.

Meh, keep the ecoboost from the Ford GT and give it 8 cylinders. 4x4 guys need torque more than HP anyway. I don't think it should be limited to a GT trim package either. If I can't get one of these with a V8 at a decent price, I won't buy one...
Advertisement 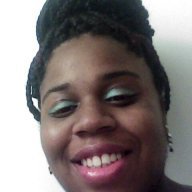 I love the look! That Bronco mock-up is super sweet! However I am unsure about the engine placement behind the driver! But what do I know!?

He lost me when he said to make it mid engine. That would take such a huge design effort I don't see it happening. It wouldn't be worth it, either.

I like the idea of a Bronco GT, but just put more power in the vehicle and call it good. 300-400 HP would be way more than plenty for a small SUV. I suppose to really make the vehicle into a performer it should be lowered, etc. I wouldn't be a fan of lowering the Bronco, either. I think just add some more power and that's it.

Scott Adkins said:
Meh, keep the ecoboost from the Ford GT and give it 8 cylinders. 4x4 guys need torque more than HP anyway. I don't think it should be limited to a GT trim package either. If I can't get one of these with a V8 at a decent price, I won't buy one...
Click to expand...

The Bronco - A Social Case

John Bronco Rides Again! Ford's making him an official pitchman for the brand

The case of the missing antenna.

Hilarious: Making clouds in the Bronco