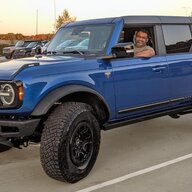 Jokes aside from a production stand point its a lot easier to spend the first couple of weeks making the exact same car as you get in the swing of things and then work on the different modifications. With the way FE is configured they will have hit all the production cells as it comes with all the key options.

I am sure their production engineers know what they are doing but this makes the most logical sense.
Advertisement
AD-CLE 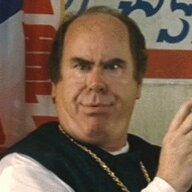 AK SNO RIDER said:
All 7000 are reveal night reservations. They didn't sell another 3500 after reveal night. They oversold on reveal night before they managed to shut it down.
Click to expand...

I forgot about that. Well in the grand scheme of things, 7k vehicles and all reserved on reveal night, yeah they should get theirs first IMO. 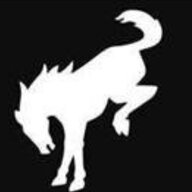 Dmk08 said:
People who pay $60k for the FE will have less of a problem with it than you seem to.

To the overall thread... I believe Ford specifically said the FE would be built first and the theory is that is why there are only 4 colors and 1 interior option. To pump them out fast.
Click to expand...

No problem here. Im paying just slightly under.
What i’m saying is give it to them first since they’re paying Ford the most. Do we have a problem with that???

PELS82 said:
No problem here. Im paying just slightly under.
What i’m saying is give it to them first since they’re paying Ford the most. Do we have a problem with that???
Click to expand...

Considering I have one of the first FEs.. nope I'm good with it

Dmk08 said:
Considering I have one of the first FEs.. nope I'm good with it
Click to expand...

Well that’s just phenomenal! Like i said, hope they build FE’s extra early to speed up production for the rest of us. I want mine by June. AK SNO RIDER said:
They didn't open orders back up. They sent out an email saying they would do 7000 due to demand. In that very same email, they explicitly said reservations were full.
In other words, it was strictly damage control vs telling a bunch of people hey we know you reserved one but we had interns in charge of the reveal and oversold them. You were number 3543 you don't get one sorry.

There's an entire thread on it here somewhere
Click to expand...

That's your take on it. Like I said, a third grader on day two of elementary school programming can make a counter. The cynical approach is "they screwed up and are trying to cover their butts." The logical approach is, "Damn, we had way more responses than what we though, including much more demand for First Edition models! Gone in two hours! Let's double the allotment and add even more to the profit bottom line."

I actually thought I saw that FE orders were opened up and available, but since I wasn't in the market for that model, I can't say for certain. The e-mail you reference wasn't sent to all reservation holders--I never got one. Maybe it only went to FE owners and only after-the-fact. Regardless, without inside information, speculating on why Ford opened up more FE orders is just one person's opinion. But if you look at the history of Ford and similar models, they've done the same thing many times in the past. So, either they've been constantly screwing up counting orders or it's been carefully-planned marketing all along. 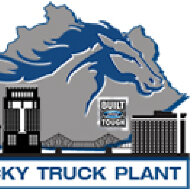 Raptor911 said:
NO ... Ford makes 45K F150s each month and runs different trims on the same line and even throw in a Raptor or 2 and there are no issues.

But, we have 2 separate assembly plants building the F150, KCAP and DTP. 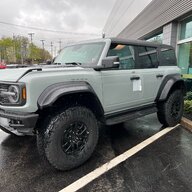 I understand that the BRONCO capacity is not as high as the F150 .. but my response to the OP was trying to answer if it was an issue to run multiple trims down the same line? The simple answer is NO.

In fact, line production has to be flexible and allow for multiple trims.

For example, do you think the supplier for the FE blue interior can deliver 7000 units in a month? NO, they supply what they can supply over a given period of time. SO the line has to be flexible and build what they can given what materials they have. So as to not shut down trying to build one particular trim, they will build what they can build.

I personally think, Ford will steal ranger capacity and up the Bronco numbers to meet the demand/reservations.

Everyone will get their bronco as fast as humanly possible as Ford wants to show Jeep that in year 1 they beat the Wrangler.


KyTruckPlant said:
But, we have 2 separate assembly plants building the F150, KCAP and DTP. 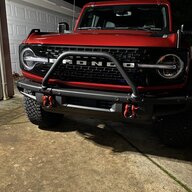 That was my thought is that Ford would cannibalize the Ranger production to meet the early Bronco demand, and then after year one, normalize the lines to meet production goals.
2021 Bronco 2-Door First Edition - Area 51 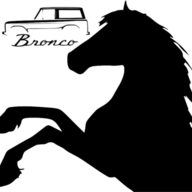 It's already been confirmed that Bronco is getting either 60% or 70% of MAP production by one of the forum members here. 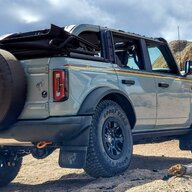 AK SNO RIDER said:
All 7000 are reveal night reservations. They didn't sell another 3500 after reveal night. They oversold on reveal night before they managed to shut it down.
Click to expand...

I'll bet you that dealers will get the other 3,000+. They never opened up the reservation banks after adding the 3,500. Stay tuned!

Bullitt said:
I'll bet you that dealers will get the other 3,000+. They never opened up the reservation banks after adding the 3,500. Stay tuned!
Click to expand...

Y'all are needing some tinfoil hats..

The website was a disaster and they oversold... It was pretty obvious. Ford wouldn't risk the bad PR to have a bunch of speculative FE on dealers lots. 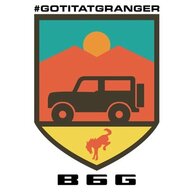 chtucker said:
Y'all are needing some tinfoil hats..

The website was a disaster and they oversold... It was pretty obvious. Ford wouldn't risk the bad PR to have a bunch of speculative FE on dealers lots.
Click to expand...

Yup just like the Exclusive Launch Gladiator...Jeep steeped in it with that.. 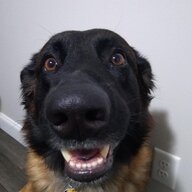 It won't matter because they'll be sitting on a lot for weeks after they're built and will ship out with regular units. Anybody that thinks just First Editions will be rolling around for weeks before anybody else is clown shoes. 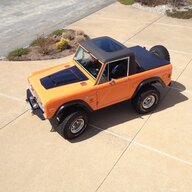 If this goes like the 50th Anniversary 2015 Mustang release no the FE won't be built first. When the 2015 mustang was released there were 1965 limited edition 50th anniversary Mustangs. They were not built first, they were mixed in with the regular mustangs. I ordered one of those 1965 50th anniversary mustangs, and dealer stock mustangs showed up at dealerships before mine was built. So I expect the FE to be mixed in with all the other Broncos
Advertisement
You must log in or register to reply here.
Share:
Facebook Twitter Reddit Email Link

What does having Reservation really mean?
2