Peter S. said:
Oh boy. Looks pretty bleak. The 6G concept is too perfect I guess. Ford's designers are apparently crippled beneath corporate market studies, the team managers are told to keep the designers grounded and in accordance with the market studies, and the corporate bosses have never owned a Bronco and therefore have no truly passionate inspiration to contiribute. It's mind boggling that Ford's higher-ups haven't reached out to the 6G team, acknowledged their great work, and then, having broken the ice, asked them to participate in the design process... no... actually hired them for stone-cold-cash-money... based on their nearly PERFECT viewer rating and fandom forum buzz, which places the 6G concept in the "must buy" column for those of us who might actually buy one. What data do they have that rates better than that? My guess is they're so out of touch, that none of them have really spent time sifting through the overwhelmingly positive response to the 6G concept. Shame on them for being so detached from the real world Bronco fan base. I'm not buying a Jeep wannabe.

Should create a petition on how true new bronco should be made. They will miss a great opportunity if they go with this troller. Jeep will destroy it.

Like I said they have a great opportunity to make this truck a very unique yet retro style bronco. I can't see how Ford cannot look at these posts and see the renditions of what the people really want. If they build it like a troller,The wrangler will kill it.

I remember reading not too long ago about how Iacocca pitched mini-vans to Ford before he left to go to Chrysler. Another time Ford knew best about what would sell and what wouldn't. 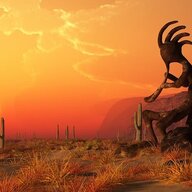 Some of the confirmed information sounds promising, this new leaked information doesn't sound as promising. Hopefully the decision makers at Ford for the Bronco project come over here. The renders of both the 2 door and the 4 door version have literally become the face of the new Bronco... and they really need to understand that. Unfortunately Ford has not tried to appeal to the off-road market for the past 20 years; they poll soccer moms in suburbia and think they are getting good info for an off-road worthy vehicle... hopefully that changes in time for the Bronco.

Huh, I think I get the idea of what the new Bronco's competition will be.

The problem is ford didn't really think this through very well. First, what segment are they targeting? What I mean is if you're going to make a truck look like a jeep, why? This isn't going to cut it looking like a JK. Second, are they listening to their fan base about what the bronco should be? Look at the renditions of what has been brought to their table in the last six months. This is what the people want.
Myself personally, I would like to see a early bronco type body. It would have to be 4 doors because 2 won't be profitable. V8 and convertible.

Why would Ford buy this company and their design if not for the Bronco? Which, means they are testing it there in conditions more harsh than 90% of the US market will use it on a daily basis. I'm fine with them "just" putting it out there year one to meet the 90%'rs and build market presser to further justify a future Raptor (Rubicon) version.

As to the look... IF Toyota has put out a 4 door FJ40 instead of their Ford Fullsize Bronco replacement I would have one right now.
The Troller is way more in line with a classic 70s and 80s short box off-roader than the Cruiser was any day of the week.
If I can't have a modern FJ40, and I don't want a poor build quality overpriced Wrangler... I'm fine with the Troller looks.

The 6G rendition is certainly better than the Troller.
Will probably lease a Troller based model to check it out, then convert to the inevitable Raptor model in year 3 or 4. 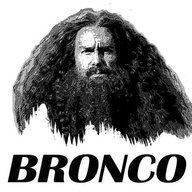 People complaining about the rumors sound like a bunch of old gear heads....
Ford isn't going to build a bronco like any of the previous versions because that market has died.
If anything, best case scenario, Ford makes something very similar to the FJ Cruiser and/or 4runner.
Worse case scenario, it's a slightly lifted ford edge with a tougher look.
Once again, NOTHING has officially been confirmed. A V8 is a long shot for engine choice. It's definitely going to be of the ecoboost variety and if you don't like turbo engines, you're out of luck.
Remember, it's going to be based on the Ranger, and if I had to guess, 1st year, they're going to keep it as close to the Ranger specs/design to keep costs down and see how it sells.
I get the lust of the V8, but a V8 would price the bronco into the 40's considering a mustang GT is 35k right now and thats a lot smaller than the bronco will be.
Jeep has survived with a v6 for a long time, and I get that the heritage of the bronco was the honking chugging V8, but its just not that likely from a bean counters perspective. Being that the last gen bronco had a honking V8 but it had less than 300hp.... We can get that with even the smaller ecoboost v6.
Now, people keep bringing up the Troller, and that its ugly.... Ford ISN'T going to just slap a ford decal on one and go to lunch. If anything, they'd design the exterior to look like a modern retro interpretation of the early broncos at least. That is to say, if they even use any aspect of the Troller in the new design. 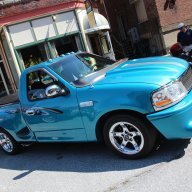 Ether way.. this is my next Vehicle!