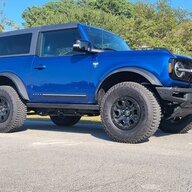 Gamecock said:
1) Every car company has failed engines. 2) No company issues communication on those failures unless they have a recall.

The general public has no idea there is any issue with Bronco engines, nor do the VAST majority of Bronco owners…Ford would be absolutely insane to bring attention to it because a couple of dudes on a forum who heard about an issue think they should…not happening. It’s isolated, Ford will take care of those problems that have popped up…and no, they would never address something that affects so few. No company would.
Click to expand...

Gotta disagree with you here. Had a fleet of 5 new Cat 793F 240-ton mining trucks, 2500 hp engines. One threw a rod at low hours. Within a couple of weeks Cat let us know they had identified the cause of failure was a burr left in the crankshaft oil galleries by a dull tool. In x hours the burr would break off and go through the rod bearing. They pretty quickly knew the exact range of crankshafts affected and the engine serial numbers they were in. They campaigned those engines early to avoid catastrophic failure.
Advertisement 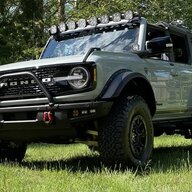 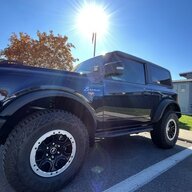 Here's mine. Failed this last Saturay. Sick to my stomach and very frustrated!

SS Hawk said:
Here's mine. Failed this last Saturay. Sick to my stomach and very frustrated!

Snowdogyyz said:
Is it included in this thread?
https://www.bronco6g.com/forum/threads/2-7l-blown-engines-22-noted-so-far-jan-8-update.31951/
Click to expand...

No, I'll copy and paste to that thread.
2Dr Badland, 2.7 Sasquatch AMB

It will be very helpful to track the repair times on these.
If mine grenades and it takes longer than 30 days for the replacement, it's Lemon Law time. 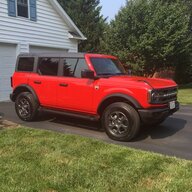 navi said:
It will be very helpful to track the repair times on these.
If mine grenades and it takes longer than 30 days for the replacement, it's Lemon Law time. 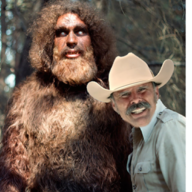 I feel for you guys, I purchased a 2004 Ford Ranger new back in the day. Fully loaded, 4x4 with 4.0. First week I had it put suspension lift, wheels tires, winch etc. at 8000 miles took a sh!t. It’s kinda funny. I was in Kentucky driving through and got off the interstate to get some breakfast, had the radio up and at the light I turned it down. Heard this knocking sound and looked over to see some piece of junk old truck beside me and thought “damn what a turd.” Well, his light turned green and he drove off, the knocking didn’t. So I start checking gauges out and they all read fine, pulled off and stopped. Got out and engine was knocking like a mf’er. Entire ordeal sucked, I live in Georgia so I had to leave truck in Kentucky. Took about a little over a month to replace engine. After getting the truck back constantly had issues with it. I ended up having to sue ford, I won. I’ve had 5 F150’s/F250’s since with zero issues.

Lucchese said:
'21 and the Julian Date - see how to read Engine Ser# 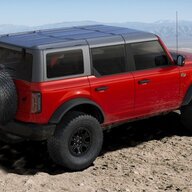 Catching back up here. The other post had 15 vehicles with engine build dates ranging from 6/8/2021 to 8/12/2021. Because of the Dirt Mountain delays, engine build seems to be more relevant than vehicle build.

Were any blown engines reported where the engine build dates were outside these ranges?

Also: during those three months (Jun, Jul, Aug) 19,804 were produced. What we have seen on these forums is about a 0.13% failure rate over the entire population. Some recent build data on January 2022 builds indicates that about 10% of the builds were Bronco6G members.

Of course, someone who has a blown engine is probably more likely to start looking at our forums. We are the rant kings!

So, the failure rate would be around 1.3% during the affected months, assuming that the population of failures is around 250. Not a shockingly high number, but statistically significant considering that the 2.7 is a mature product with a good track record in the F150 for several years. I think its first year debut was shaky, but they fixed the issues subsequently.

If you have an engine build during this time period, I wouldn't worry:
---the failure rates are still low during the affected time period (1 in 800 vehicles)
---you have plenty of warranty time left if it fails

If you are thinking that Ford should recall, I wouldn't hold your breath. Pulling every 2.7L Bronco/F150 in for a valve replacement for a 1-2% failure is a lot more expensive than replacing a few blown engines.

That all said, if I had a one of those build dates, I would weight that into extended warranty or trade in considerations a few years from now.
June 2021 Reservation | October 2021 Order
Wildtrak | A51 | MIC | Leather | Lux | Mod Bumper | Full Bash Plates 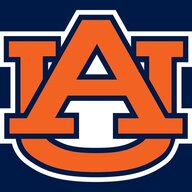 j_marinelli said:
Can you double check his Julian number?

I believed mine to be built the week of 7/28. Exact day, I do not know - and unfortunately didn't take a pic of the label before replacement and this thread. Sorry. I will try to get the info for my replacement to contribute. 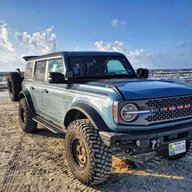 estone28 said:
I believed mine to be built the week of 7/28. Exact day, I do not know - and unfortunately didn't take a pic of the label before replacement and this thread. Sorry. I will try to get the info for my replacement to contribute.
Click to expand...

Just responded to your engine fail thread LOL
TEXANS - Check out the Roll Call thread in the regional forum & post up w/ your city! Texas Roll Call
Bronco : 4Dr Badlands 2.7-Auto-Squatch-High pkg.-MIC Hard Top
3,500 miles and no KaBoom yet with the 2.7L...
​

If its any help to anyone, here is the write-up from the service writer on my engine failure when I got the repaired bronco back. I will also add to my original thread. Should be attached as an image / I only chopped off my personal info at the top.
@flip @j_marinelli