Is the towing capacity really that bad? 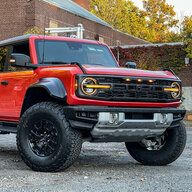 This is a genuine question as I have no knowledge whatsoever on what is adequate towing capacity, but for months now I've seen many many complaints about the 3,500 lb max towing capacity for the bronco. All the comments made it seem like Ford really missed the mark on providing decent towing numbers, which has been my impression since spending time on the forums.

But now after doing some research and building a jeep wrangler for fun, it's come to my realization (if I know how to read correctly) that the Wrangler also has a max towing capacity of 3500 lbs? So wouldn't that make the Bronco directly in line with the competition? I realize the ranger itself is capable of a lot more when it comes to towing, but when it comes to comparing the Bronco as an off-road vehicle with a removable top to its direct competitor, it seems pretty on par. I think even all 2 door wranglers have a max of 2000 lbs, versus a Bronco 2 door at the same 3500 lbs.

Am I missing something? Please feel free to enlighten me, lol.
Advertisement
Bronco Enamel Pin! > www.etsy.com/shop/PinFuel 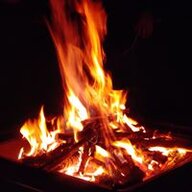 It's in line with the Wrangler, yes. Some combination of its relatively short wheelbase and the softer off-road oriented suspension keeps the towing numbers lower than you would see in, say, a leaf sprung rear axle pickup with a similar drivetrain. 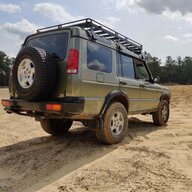 The 2nd closest competitor is the 4Runner, which has a shorter wheel base (than the 4D Bronco), and is rated to tow 5,000 lbs. 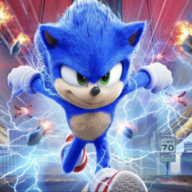 It’s because people like to complain for no reason. If you need more than 3500 lbs get a pickup truck. Honestly every person I know who tows anything over 3500 pounds has a pickup truck anyways 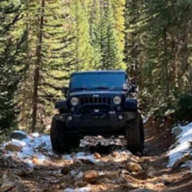 It's not a deal breaker by any means. But it would have been nice to have a higher capacity. We pull a camper that weighs right up to the limits of the Wrangler or Bronco. While we aren't over capacity it would be nice to have more capacity so we don't need to be as careful how we load it. A margin for error.

So OP, no it's not that bad of a tow rating. 5000 lbs would be nice, but if 3500 is all they can do and still keep good off-road capabilities then we will live within those limits.

I rented an 8x20 ft enclosed trailer recently. It weighed just a touch over 3,000 lb empty. I towed it empty, on a windy day with my 1500. It was fine, but I certainly felt it. Later on, my dad towed it loaded, and unloaded with his 2500. As expected, you felt much less (little to none) input from the trailer in the 2500.

My point? It's not always just about weight, but surface area as well. Bigger, heavier vehicles feel more planted when towing. 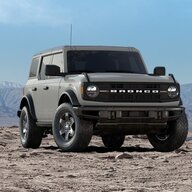 Its a small SUV, it was never going to be great. And then they aimed at the offroad market which didn't help it any either.

This is our camper. It fits under the 3500 lb limit. Hitch weight is at the limit. GCVWR is close to max as well. Weight distribution hitch and anti-sway bars keep it under control and the Jeep level.

So you can tow a pretty decent size camper with a 3500 lb limit. Just have to load it carefully and drive at slower speeds. 3500 is in line with the Wrangler, and consistent with the type of (off road) vehicle it is.

I'd even be willing to trade off road ability for higher tow capacity... but I understand why this wasn't a priority for Ford, and that there are limitations baked into the Bronco.

I don't have the luxury of buying, maintaining, and housing a separate truck just for the occasional tow... and it's not logistically practical to own the trailer I'd prefer just to have to rent a truck every time I want to move or use it... so I have to make compromises with the vehicle I want to own and drive most of the time vs being able to do everything I would like to do.

I will add that the 4-door wrangler is 3500lbs, but the 2-door is less. The fact that the 2 and 4-door broncos are both rated 3500lbs made some of us hope that there was some capacity left for an eventual higher rating for the 4-door.
Last edited: Nov 12, 2020

For me it is not that bad but only just. Our Lexus RX450h has a 1500 lb towing capacity and our Subaru Crosstrek is 2500 lbs. So the 3500 of the Bronco is nice. Also important is the tongue weight rating of 350lbs, which is exactly what my motorcycle hitch carrier+motorcycle weighs. If the capacity was 2500 like the Subaru I might look for something else. 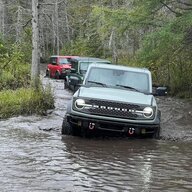 We each have our uses and preference. 3500 lbs. is competitive with the Jeep, but for those of us that tow boats, SXSs, snowmobiles etc. it is a bit light. My Explorer, soft riding, based on a 25 year old sedan chassis has a 5Klb rating. The Bronco is a small off road vehicle? It is within a couple of hundred pounds of my F150 Crew Cab 4x4. I am a Ford fanboy and love the Bronco, but the tow rating is a disappointment. I don't expect the rating of my F150, but how about matching my Explorer? Ford has a very long history of targeting a weight for a vehicle and them massively exceeding the goal by production. I have family that worked in product planning and still laugh about it today, it was and apparently is a Ford engineering phenomenon. The F150 in aluminum is still heavier than it's steel competitors I assume the Bronco was targeted to be much lighter. That is now hurting accessory combinations and probably ultimately reduced to potential tow capacity. To me it's a much bigger issue that the MIC top, but to each their own thing to bitch about! Hopefully the ride will be good for such a heavy "midsized" SUV.
Badlands 4dr 2.7 Cactus Gray

High Proof said:
It's not a deal breaker by any means. But it would have been nice to have a higher capacity. We pull a camper that weighs right up to the limits of the Wrangler or Bronco. While we aren't over capacity it would be nice to have more capacity so we don't need to be as careful how we load it. A margin for error.

So OP, no it's not that bad of a tow rating. 5000 lbs would be nice, but if 3500 is all they can do and still keep good off-road capabilities then we will live within those limits.
Click to expand...

Hopefully the Bronco’s brakes are better than the Wrangler. 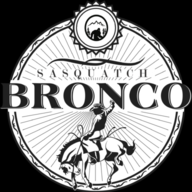 I have a 2019 Escape which has a 3500# w/350# pound tow/tongue weight limit. I took a few pics to just give an idea of what it looks like. It only has the flat trailer plug while the Bronco has a 7 pin plug also. The pic with the wiring is the wire loom running from the passenger side. The silver tape wrapped wiring is going to the plug and consists of four wires. You can see it is welded to the frame with weld through four slots. I believe the tow hitch is bolted to the frame on the Bronco.

Edit: It has the 2.0 Ecoboost. The 2.0-liter EcoBoost four-cylinder engine uses a quick spooling and durable BorgWarner K03 turbocharger to achieve full boost by 2000rpm. On 87 octane this equates to 270 pound-feet of torque at 3,000 rpm and 237 horsepower at 5,500 rpm. Part of the limit could also be due to GVWR. If Ford's posted curb weights are correct, the max curb weight of a Bronco is 5300lbs. If you're pulling a 3500 lb trailer with a 350lb tongue weight and you have two average weight male passengers you will be over the payload rating.

Many hoped for more cause the bronco just doesn’t seem to be a sum of its parts kinda thing. Uses so much from vehicles known to tow a lot more, sure it was never going to match those vehicles of course but didn’t expect less than half the capability. 70% what the ranger does with mostly similar parts(so 30% drop for suspension and wheelbase) for the 4 dr bronco woulda been great, that’s roughly what some other off road oriented versions of on road vehicles do. And that’d put it over 5k tow cap. Sure the 4 dr is same as 4dr wrangler, but the 2 dr bronco is also the same, the 2 dr wrangler is 1500 less just for wheelbase. So shouldn’t the 4 dr bronco get a 1500 ish bump from the 2dr for wheelbase alone? That on its own would be satisfying to most(and the wheelbase difference between 2 dr and 4 dr Broncos is more than the wheelbase difference from 4dr bronco to ranger). And the wrangler was never built off anything that had any towing chops like the bronco. As for all the “get a truck” comments, asking for 5k isn’t anywhere near asking for truck capability. If someone wanted 8k or more then yea get a truck. But 5k is almost half what even the smallest trucks are rated for. And a mini van can tow 3500lbs(literally almost any minivan is rated to tow 3500lbs), so yea I consider it ridiculously low. And it’s also pretty much the only reason I haven’t and won’t own a wrangler, so had the bronco actually beat the wrangler and gone a bit higher I’d get one for sure. There are literally dozens of suvs now that can double or almost triple the broncos tow cap, not all of them off road capable sure, but just saying it doesn’t take a truck. The only truck option I’m considering since the bronco can’t tow is the gladiator, and that’s mainly to still have the removable roof and some off road capability. My other considerations are SUVs that actually tow more than a gladiator or ranger or Colorado trucks do, with 8k+ tow caps. And no I didn’t expect the bronco to tow close to 8k, but unless it can tow at least 5k it won’t work for me.
Advertisement
You must log in or register to reply here.
Share:
Facebook Twitter Reddit Email Link